Our five had a meeting with the Swedish Ninjas in Pyjamas team today. The teams played on Overpass. HellRaisers started on the defensive side and took the first pistol round. They had managed to earn a few more points before NiP got into the game themselves. By the side switching the initiative had been captured by the opponents — thus, the second half started with a 8:7 score in their favor. The second pistol round ended in the rival's favor, too. However, after that some uncertainty happened to take place on the map which lasted until the end of the match. The teams had to play additional rounds where HellRaisers turned out to be stronger. 19:17 — HellRaisers are one step away from making it in the major tournament. 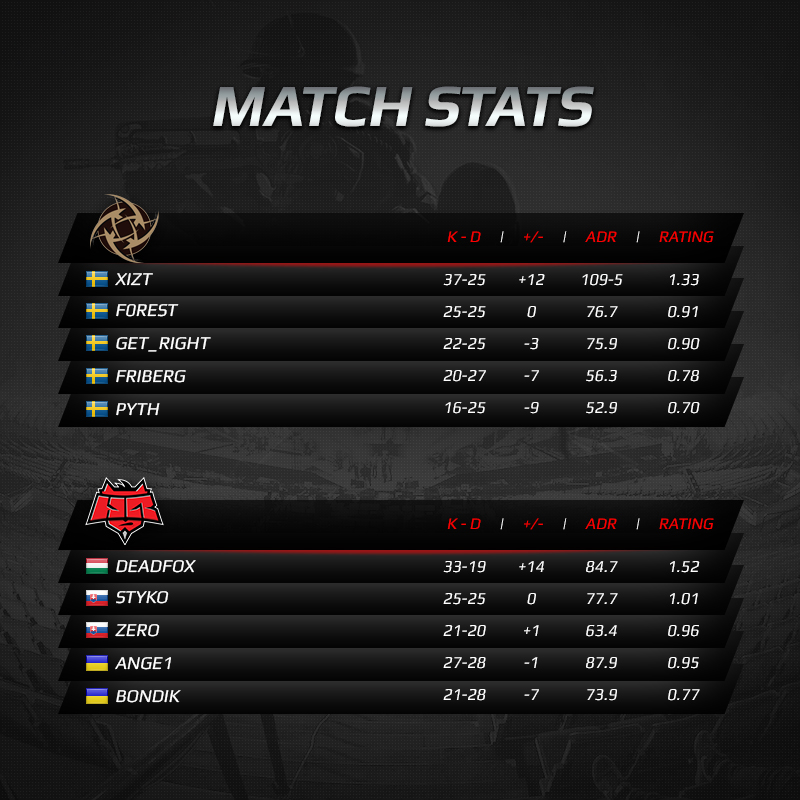