After a confident victory over mousesports on Train (16:6), our team has to play against Ninjas in Pyjamas. The Swedes have also celebrated an easy win over the Australians from Renegades (16:9 on Dust 2).

At the end of November, our rival raised a championship trophy of IEM Oakland 2016, having beat the SK Gaming players in the grand final. However, after such a success the Swedes didn't manage to keep up the speed and were eliminated in the first match of the ELEAGUE Season 2 play off, having lost to the Danish Astralis team. 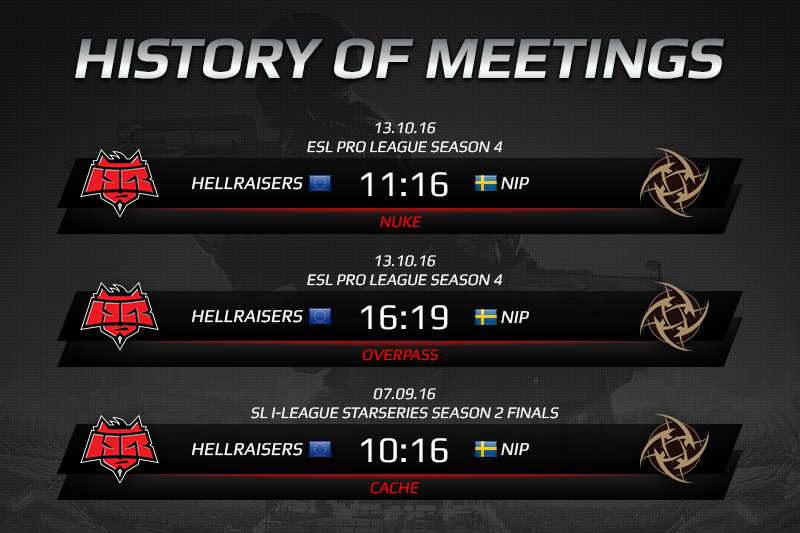 Cache (10 games and only 4 victories) and can be called the weakest spots of the Swedes, as well as Dust 2 where NiP has an equal number of wins and losses at the moment.

In the first round of ELEAGUE Major Main Qualifier both teams showed excellent CS:GO, so there's no doubt that the upcoming match will be as spectacular as possible. Ninjas in Pyjamas are willing to win, but our players aren't going to give up either — HellRaisers are ready to depose the Swedish kings.