HellRaisers begin with a victory!

Train was chosen to be the battlefield. Our team started the defensive side with a lost pistol round, but right in the second round HellRaisers managed to seize the initiative. mouz in turn had managed to take their first point only by the end of the first half. The side switching took place at a 10:5 score in HR's favor. HR began the second half by getting the pistol round. Our players were the one winning the first buy one, too. Eventually, HellRaisers got to a match point which they took on the second try. 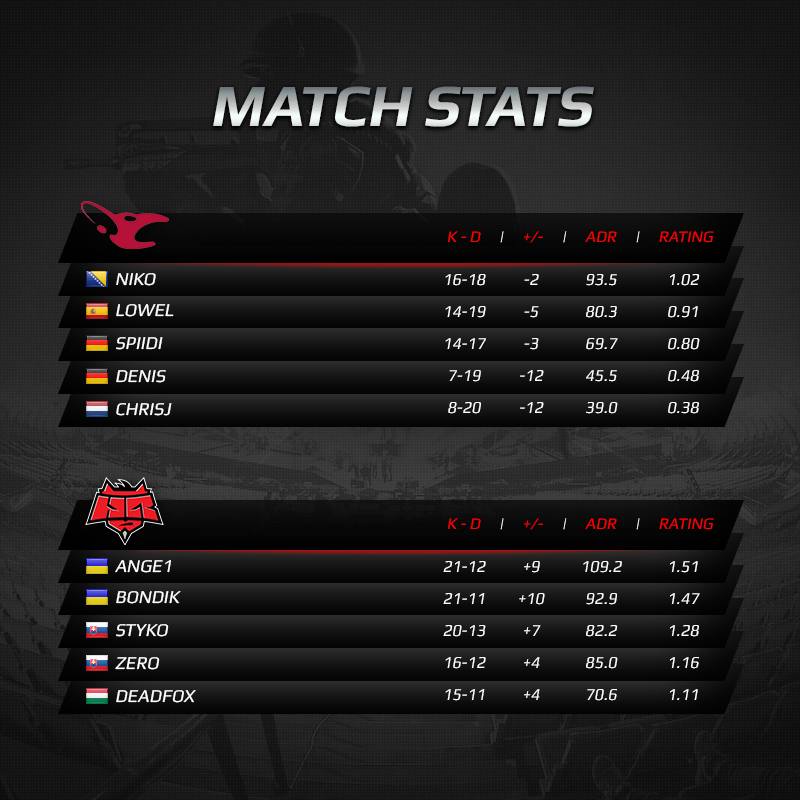