Having warmed up at the open qualifiers for DreamHack Masters Las Vegas 2017, HellRaisers gathered together in Atlanta, and this evening they will play against their first rival at ELEAGUE Major Main Qualifier.

mousesports' shape can't be called efficient. Thus, in November, mouz went down in flames at IEM Oakland 2016, having taken the last place in the group and lost all five meetings. In December, mousesports couldn't find their strength either, having lost to OpTic Gaming (a winner) within the offline finals of ELEAGUE Season 2 and had to leave the battle in the first round.

As for HellRaisers, then the strongest and the most played map of ours is Cobblestone (15 games and 73% of victories), the second by strength is Cache (8 games and 62% victories). 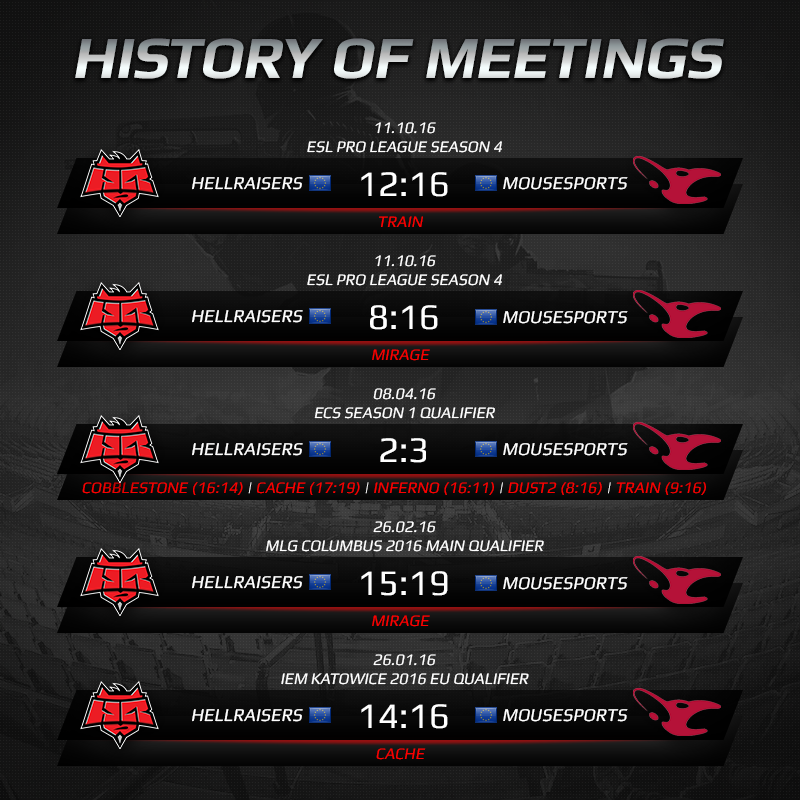 The first match is always a challenge. The team needs to pull itself together and find its play at a particular tournament. When a certain match happens to be that important, then the pressure gets even bigger, and it means any team can make mistakes at this stage. However, we don't doubt that our players have got in good shape for these decisive qualifiers and will show their best right in the first meeting. Although the rival is strong, there are no weak teams at ELEAGUE Major Main Qualifier.