Amiran «ami» Rekhviashvili is the new analyst of HellRaisers.CS:GO

The modern world of Counter-Strike: Global Offensive is developing in a frantic pace. Organizers of tournaments from year to year please the community with unforgettable events with huge prize funds and high quality of the hosting. Many best teams nowadays have their coaches, analysts and even psychologists to work with players, which does affect their play.

Today we are glad to present you a man, who will continue the path together with HellRaisers and will help us achieve the targeted goals. His name is Amiran Rekhviashvili, who used to play professionally Counter Strike 1.6 together with Sergey «LMBT» Bezhanov and Kirill «ANGE1» Karasiev. We are sure that this cooperation will be favorable, and the results will not be long in coming, since the nearest goal of HellRaisers is ESL One Cologne 2016, which will run at the beginning of July. It's noteworthy that ami has been working with the team since Copenhagen Games 2016, which ended in our team's favor on 26 March. You will find out more about Amiran in the interview below! Enjoy reading!

Hello, Amiran. Many of our readers didn't catch the times, when you played on the leading Ukrainian teams of the CS 1.6 era. Tell us about your battle path, first team and first professional match.
Amiran Rekhviashvili: Hello, everyone. I started to play in 2002. Then, together with my classmates, we came to a computer club at the weekend, where, actually, everything started. Eventually, we really liked the game, and Yura (Strike) and I began to visit the club rather often after the school. We created the first team together with Yura. We invited a couple of guys from the school, but the result was pathetic — we lost the first three games with a score of 0:13. Also there was a game with the female team, which we also lost. I thought it was the end… And then we started up our first professional team called pure Energy. After that we became the top 2 team in Kiev, which was a really good achievement for us at the time. In the roster there were such players as starix, Strike, Mummy, sima and I.

You've managed to play on many teams, but which one was the closest to the CIS top?
Amiran Rekhviashvili: The first one is probably defdumps, to which I invited Kirill (ANGE1) and Aleksei (xaoc). Then came our trips over Ukraine and CIS. After that Kirill and I were invited to eXplosive. And, probably, it was my first professional team, in which we started to allocate time for the right practice. We had a partner, which allowed us to go to all tournaments in CIS. 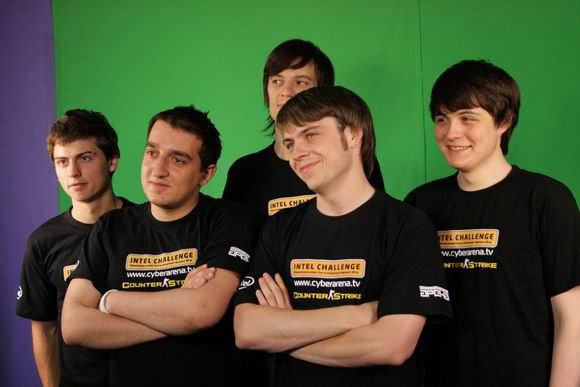 When did you realise that it was the best for you to switch to the analytic type of work?
Amiran Rekhviashvili: When my professional career was over, we decided to create a mix called selectah, and then the most interesting started. I invited Sergey, who had already stopped playing, and Yura (Strike). We started to take part in tournaments without any preparation. We just came and played. The funniest thing is that we started to win almost all top teams. As a result, we took 3-4 places at ASUS Cup three times, which was really funny. When CS:GO came out, I wanted to switch to another area, since I didn't really like the game. And one fine day I was asked to help at the tournament. That's how I've come back.

What do you aim at as an analyst?
Amiran Rekhviashvili: In the first place, I need to learn. I've missed some time and some moments are not always clear for me, but Kirill and Sergey help me. I really want to help the guys, since they are my close friends.

If you had to pick five best players ever from the CIS region, whom would you chose? It is referred both to CS 1.6 and CS:GO.
Amiran Rekhviashvili: Actually, it is a very difficult question. I think the current generation doesn't know most players, but I will try. In CS 1.6 I would mark such people as Edward, hooch, markeloff, Zero Gravity (CEO Natus Vincere) and, maybe, Andrey Blad3. In CS:GO everything is clear: the best CIS players are in Natus Vincere, but I would also add as the fifth player Kirill Karasiev, since he's the best entry-fragger in the world at the moment. 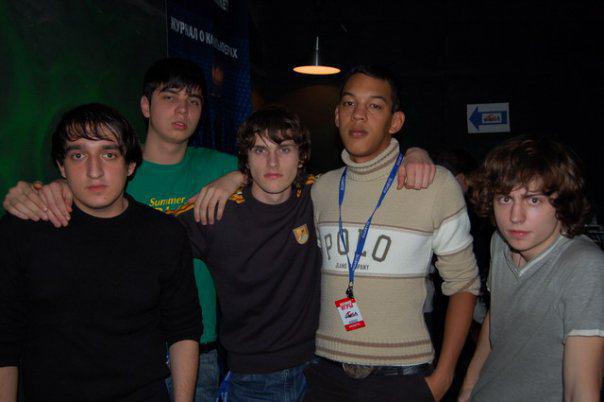 What does your job at HellRaisers consist of?
Amiran Rekhviashvili: So far I've been preparing the guys for their rivals and showing them their mistakes. I gradually make it into the tactics and we now often discuss them together. We've already had the first experience, it was a trip to Copenhagen, where we performed rather well. I think that I partially helped the guys to get ready for the opponents and I hope that some of my tips helped them, too.

What problems does the team have at the moment?
Amiran Rekhviashvili: There are many problems out of the game, which it's better not to reveal. And as for the game, the guys have issues with clutch rounds, on which we are starting to work right now.

Let's talk about your work at the analytic hub. What do you think, will the attitude of Valve towards the Russian-speaking covering of events change, since a few leading studios have switched to Ru Hub? It was rather strange to ignore our talents and that they didn't take part in large offline events.
Amiran Rekhviashvili: In the first place, it's not Valve, that chooses commentators, but a studio (e.g. ESL), that gets the right to cover a tournament. I think everyone has seen already that our guys can cover an event just as well as other teams of commentators, and sometimes even better. So, I think that soon we will see our guys in work. 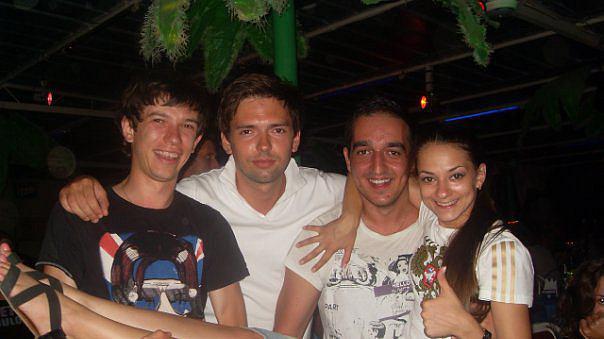 Are you going to work as an analyst at future events?
Amiran Rekhviashvili: I don't know. I've already taken part in a few tournaments as an analyst, but now I need to help the guys and there's not much time to take part in such events.

What's the difference between the esports of the two thousandth and its modern state?
Amiran Rekhviashvili: The most important is the conditions at teams and tournaments. In our time we had to spend our own money to travel and, roughly speaking, played for return trip tickets. Right now every team has its own requirements, and if they are not complied, the team won't come to the tournament. And, I think, the biggest difference is the Internet. Now you can play any game, being at home, while back then we had to go through the whole town to make it to the club to practice 2 versus 3.

And last of all, say a few words to the fans and supporters of the organization. You may tell a few words on how to make it into the big esport.
Amiran Rekhviashvili: Never throw in the towel after defeats, since next time everything may change. Support the guys, they see and appreciate it.

And right now we offer you to watch the video review of the GAMDIAS Zeus Laser Esport mouse by Kirill «ANGE1» Karasiev, who has confirmed that this device is a choice of champions!