According to the Counter-Strike Wiki, SSG 08 is an Austrian-made bolt-action sniper rifle. In each magazine of this rifle there are 10 rounds of 7.62 NATO. In addition to this, SSG 08 has 90 spare. It is a very cheap rifle that is perfectly suitable for first rounds. 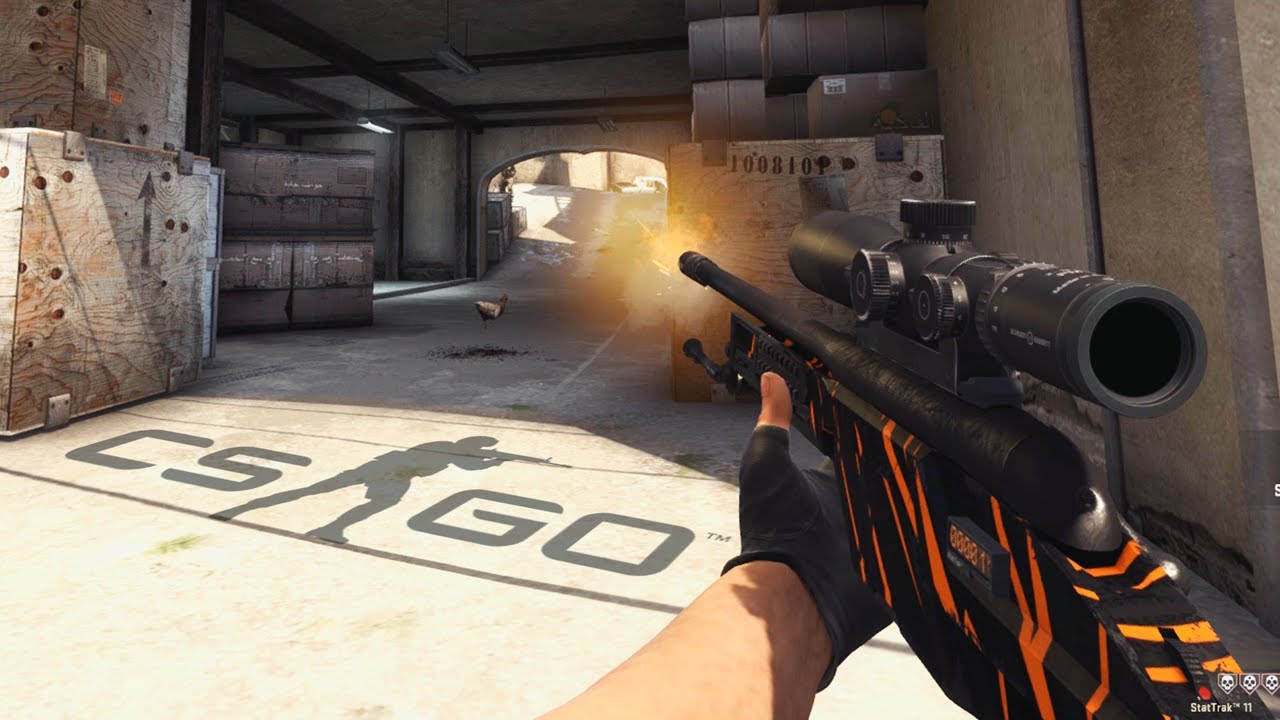 Playing with Scout (an alternative name of this sniper rifle), a player can kill his opponent with one shot in three cases: a headshot (no matter if there is an armor), and also hit in the stomach if a rival didn't buy a body armor. It may be noted that in CS:GO a player has enough money to buy SSG 08 even if he lost a round, but got at least one kill. Let's take a look at the table of pros and cons!

The biggest pros of this sniper rifle is that in first rounds players can easily get kills with it since opponents may not have money for a body armor, and it is usually very easy to hit in the stomach with one shot. And, of course, the fact that you can shoot while jumping cannot but please. However, it is better to avoid meetings within a close range, since an automatic gun can easily beat SSG 08.

Compering SSG with AWP, it may be noted that both sniper rifles have the same type of shooting, the magazine capacity (10 rounds) and reload time (3.7 seconds). The main advantages of Scout over AWP are a faster firing speed, price (it's cheaper by $3050), big ammunition reserve and a high kill reward ($300). However, of course, there are some cons such as lower damage, lower scope magnification, and less accurate overall.

Preparing this material, we had a talk with our sniper, who joined the team on October 6. Tomáš «oskar» Šťastný has shared his thoughts on SSG 08.

«I think that SSG 08 is not that useful. It can win you an eco or force-buy round because if you hit a player, he usually has around 30hp left, and then you can easily finish him off with a pistol. Also you can jump while shooting with SSG and it is a big plus on some maps»

What are your attitudes towards this weapon, dear readers?