Home / Articles / HR How to Get to the FPL: The Road from Amateur to Professional in CS:GO

How to Get to the FPL: The Road from Amateur to Professional in CS:GO

The FACEIT Pro League was created in 2015. Each month, players compete for $20,000 and excellent gaming devices (you can check out the winners of each of the months here). It’s a long road to make it to the FPL, and that is what we're going to talk about today!

1. Download the client on the official website of FACEIT. It won’t take too long. We're sure that you'll figure it out quickly since the interface is so user-friendly.

3. Improve your performance and achieve level 10. This isn't going to be easy, but motivation and a willingness to reach your goal will help you. Keep in mind that playing with friends can be your ticket to success, especially if they’re aiming to win too.

You need to earn 2000 ELO points to get to level 10. You increase your ELO rating by winning and it is lowered when losing games on FACEIT. It's noteworthy that each season in the leagues is a month long, so you'll have to play three placement games each month. Your success in these matches will determine your place in the current league.

When you're level 10, you make it to the Premium Master League. It sounds cool, but the most important part is just getting started!

4. Become one of the top 100 players in the Premium Masters League. This will give you a chance to play in the qualifiers for the FPL-C. You'll then need to be one of the five strongest players to secure a spot in the FPL Challenger! 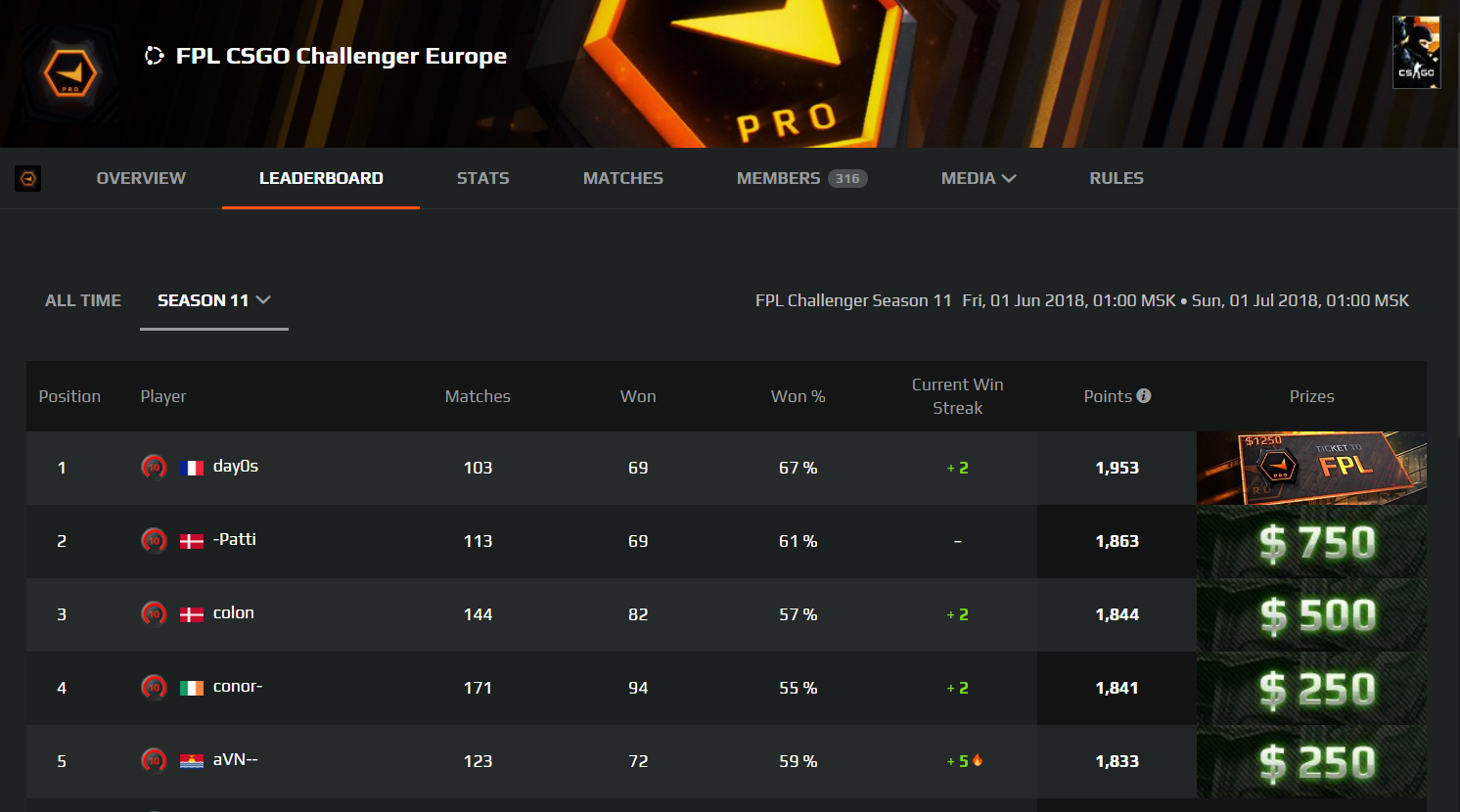 Well, you're now almost a professional player and can compete for real money! The prize pool of the FPL-C is $3,000 each month. There are many well-known players in this league, so your chances of being noticed and invited to a team are becoming more realistic.

5. Get in to the top 100 of the FPL Challenger and play the final qualifier. This is the final, and the most difficult challenge, which you'll need to complete by yourself, and the reward for success is high, since those placing first and second will get the highly-coveted spots in the FPL!

By securing a spot in the strongest league in the world, you'll be able to compete for the $20,000 prize pool each month, as well as some cool devices. Now you know how to make it to the FACEIT Pro League and become one of the best players. The road to esports is tough but open to everyone! Make sure to check out