The CS:GO developers promised to release the new Panorama UI by the end of  2017. Apparently, June 19 of 2018 was finally the end of 2017 at Valve, and players can now access Panaroma's preview.

What is Panorama UI?

Panorama UI is a new CS:GO user interface that changes practically everything, starting from the main menu to in-game statistics. It was created to improve the user experience and performance of the UI overall.

The previous version of the interface had several issues: a micro lag when opening the menu, bad navigation and a questionable decision to implement specific features. All of this had been criticized by players for a long time. The user interface needed to be changed.

The Panorama UI release is the biggest change in the game's appearance since its launch in 2012. Panorama UI is currently being tested and is a work in progress.

How To Try Panorama UI

So, to try out the new interface, all you need to do is install the beta version of CS:GO. Follow these steps: 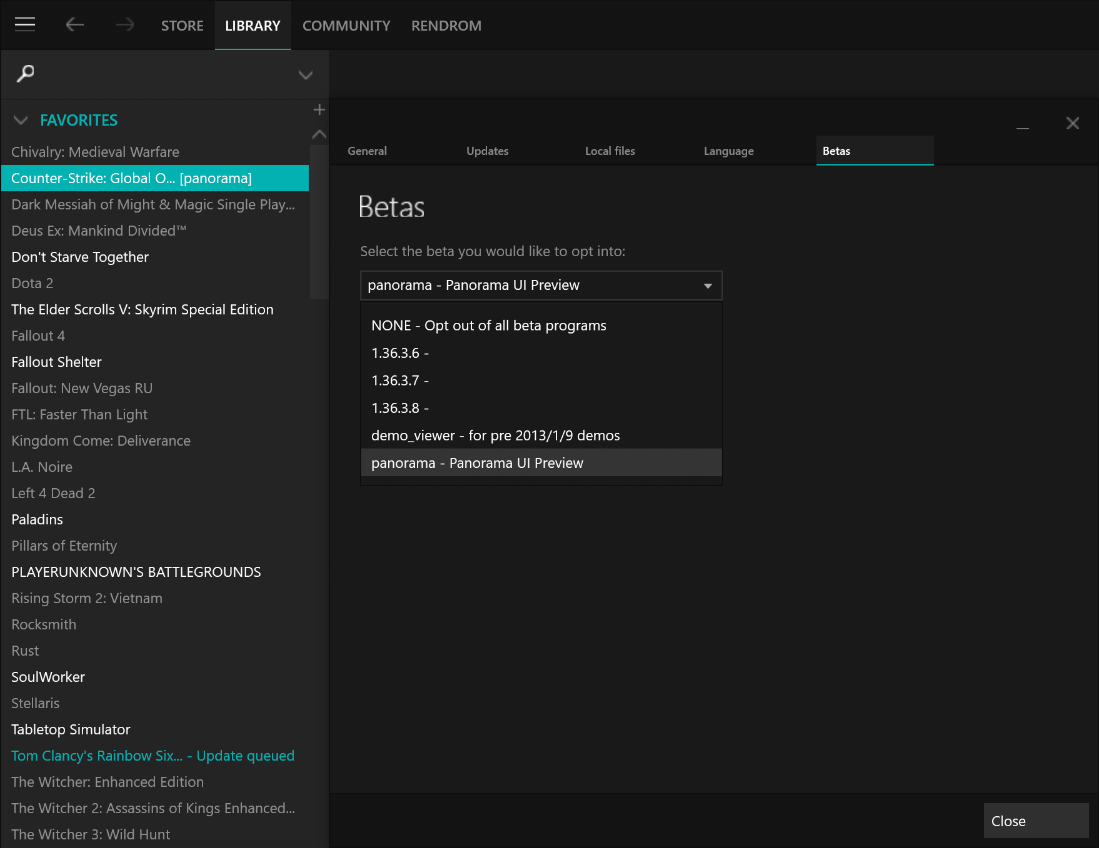 Matchmaking is currently not available with the new interface. However, you can play with bots or create a lobby with your friends.

[UPDATE] The July 6 update brought Panorama UI to the live version of the game. To make it appear, you need to add "-panorama" to the CS:GO launch options. All the new features will then become available, including matchmaking.

The first advantage of the Panorama UI is how fast it is. The new interface works much better and doesn't have the micro lags when switching between menus. Also, the new interface now requires fewer resources of the computer which means a slight FPS boost.

The second advantage is how simple it is to change details. There have already been ways found to change the background of the main menu and other details of the interface. All you need to do is change a few files. We decided to check this function out and used the logo of the best team 😉

The third advantage of the Panorama UI is other updates that come with it. The new update affected other parts of the game, as well. Unfortunately, the developers change all these things discreetly, although we know for sure that replays now have a 64 tickrate instead of 32, and the CZ75-Auto got a new reload animation (provided by the Reddit user, DungSC127).