Dota 2 has undergone global changes regarding ranked matches. The developers have completely abandoned the point system and replaced it with icons of seven levels. 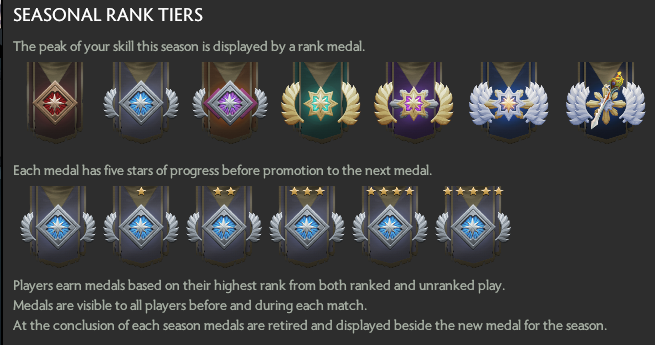 The progress within one rank can be watched via stars depicted below the icon, they can differ from 0 to 5. Both group and solo matches are considered in all ranks but Ancient and Divine.

Five-start users in the Divine division make it into the leaderboards of those, having the highest rating. There's a ladder place shown near the medal.

The first ranked season wil last for half a year. The medal earned in it will remain in the profile. You can also leave the stats of the old MMR there.