5 cool things about the new Dust 2

The developers have done a good job on the sky in many ways. First of all, they have updated the textures of the sky and, which is important, made that, taking into account the community's feedback. In the previous update (before the best version), the color of Dust 2's sky was fixed a little and now it looks nice and everyone likes it.

Second of all, the glass top of the map was worked on, too. Some small changes there and in the map's geometry have opened new nades, but also closed the old ones. It is worthwhile to mention the reasonableness of the changes made. For example, the developers haven't opened the top in the tunnels, thus keeping the balance on the map.

The FPS drops are seen on all the new maps, even though it's insignificant for most players. The increased size of the textures, new details, better background, all these factors affect the performance and upset owners of "weak" graphic cards. It's difficult to fight the FPS drops, but possible.

In case with the new Dust 2, we can see how Valve implemented their ideas firsthand. Changing only one setting, the shader quality, allows players to choose the needed level of detail, which won't harm their frames per second. 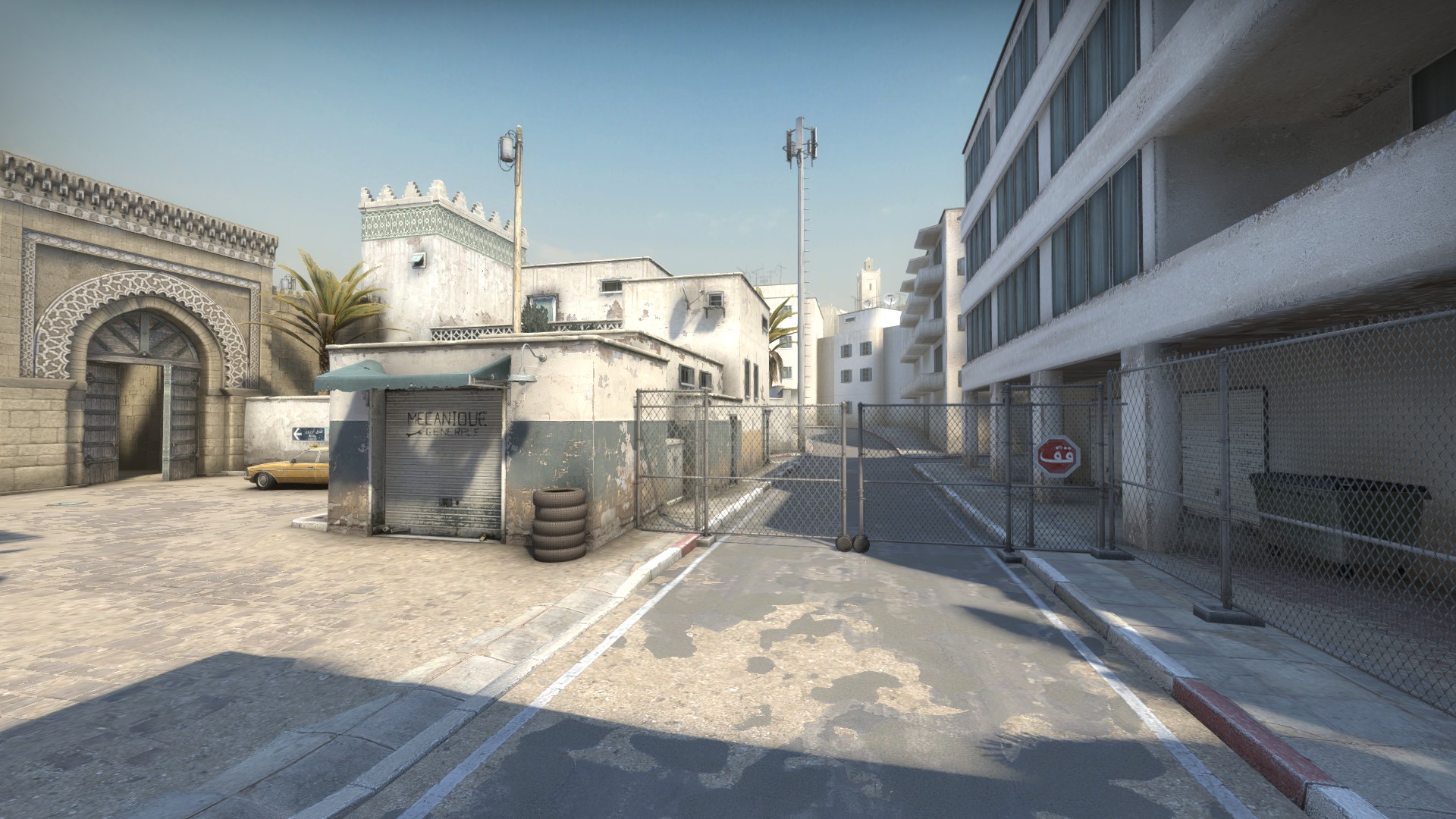 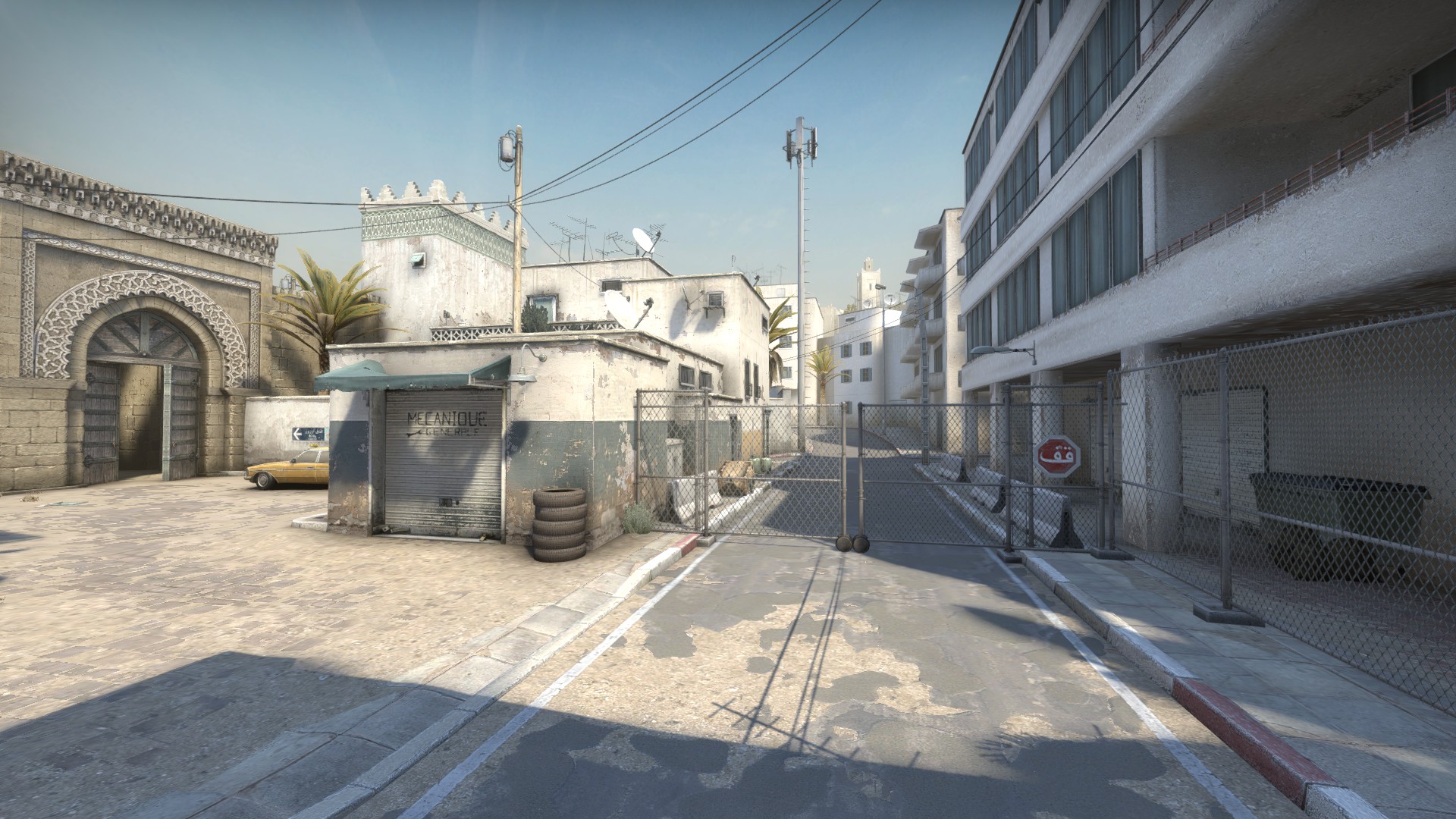 The first image is the lowest shader quality, the second one is the highest.

While refining the map, the developers worked on almost all objects on the map, and it's not only about the updated textures. Most the new objects have the simplified geometry. Not only have the new cars stopped burning, but they also look simpler now. The construction inside the window at B has lost a handful of iron pipes and now looks neater.

We can blame Valve for some spots now looking empty, of course, but after just a few hours you won't notice the emptiness, and the lightness of the new geometry will become visually pleasing for you.

It can't be said that the old models needed to be changed. They looked nice in general and were not the subjects of complaints. But as well as many things related to Dust 2, the Elite Crew models are a live classic of the game, originating from the very first versions of CS 1.6, where they were popular for their visually small size. 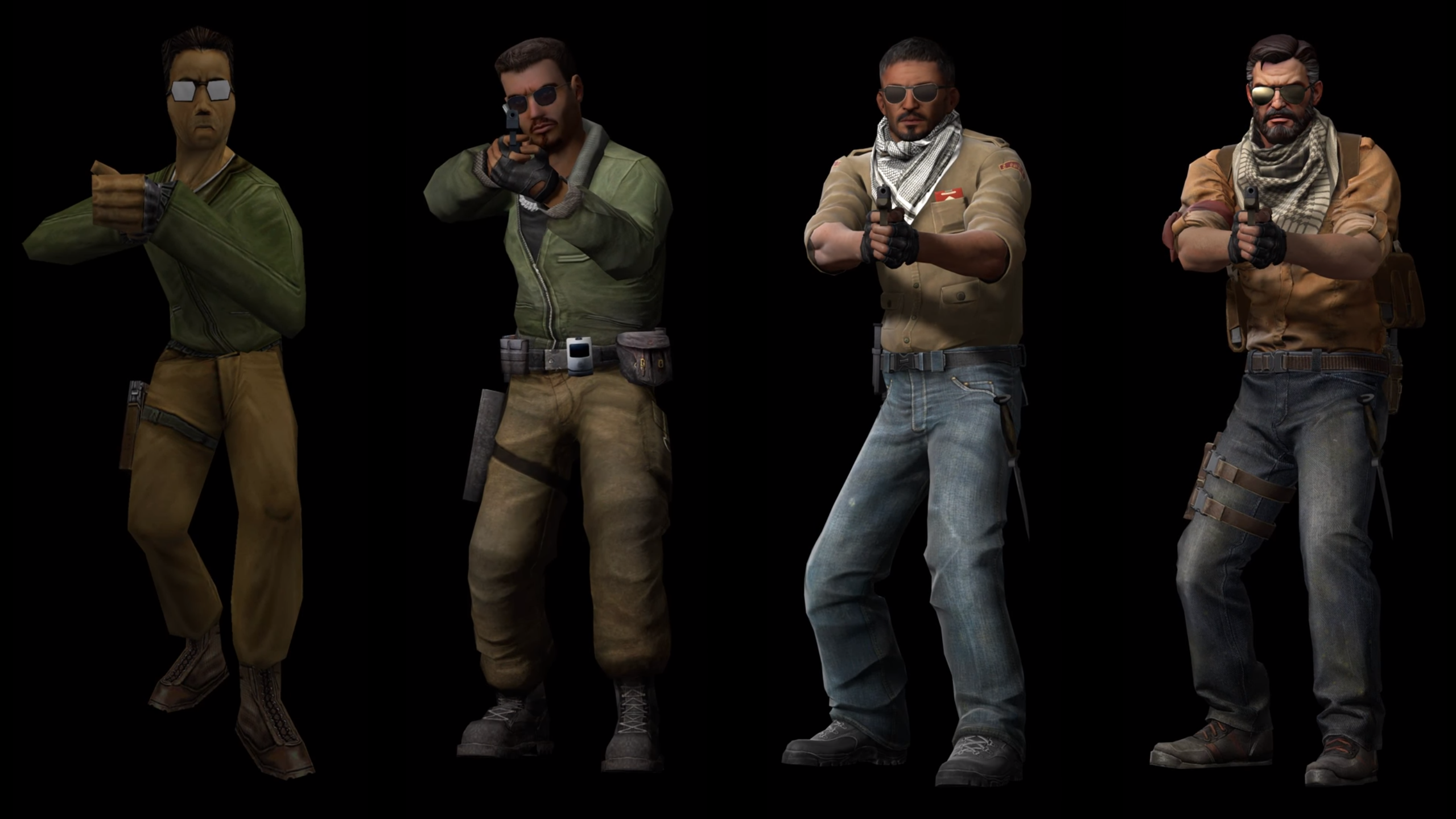 The evolution of the Elite Crew from CS 1.6 until today

A small plastic surgery has been successful and has already brought a new favorite of the community; the bold terrorist with a moustache was well-received by the community. It's also important that now all maps where the Elite Crew is used have the updated version. In case of the competitive maps, Mirage is one more map having got these new models.

Easter eggs obviously aren't practicality useful, but are some kind of a channel of communication between the developers and the fans. The new map hasn't got the graffiti dedicated to Fnatic yet, but the other landmarks like the "Goose" graffiti on A were refined and now looks new and cool.

Moreover, there are a few messages to the community hidden on the map. For example, the developers have acknowledged the curiosity of a Reddit user named mofferator12. He found a hidden message on the new version of the map; and while making a bunch of changes, Valve added his name onto one of the map's textures, although only in the beta version. That's a nice gesture from Valve, like it or not.